Today I had the pleasure of spending the day drawing from life at the Big Cat Habitat in Sarasota, FL with the legendary Glenn Vilppu. In case you are unfamiliar with Glenn’s work he literally wrote the book on drawing the figure from life. He is a master at capturing the essence of his subjects and his instructions on gesture and drawing from life are essential for any artist.

In fact, he was a regular guest instructor back at Disney Feature Animation. You can learn more about Glenn and his work on his WEBSITE.

We were able to sit down for a brief discussion on art while we were there.
Enjoy the video and images below: 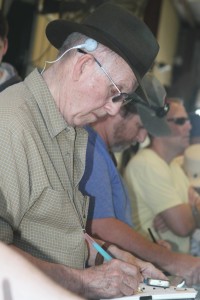